11 Things to Know About Cabernet Franc: A Wine Lover’s Guide

Do you love wine? If so, Cabernet Franc should be on your list of wines to try. This varietal is growing in popularity, and for good reason. Cabernet Franc is a delicious wine that offers something for everyone. In this blog post, we will discuss 11 things that you need to know about Cabernet Franc. We will cover everything from its history to its flavor profile to food pairings. So if you’re ready to learn more about this amazing varietal, keep reading!

Cabernet Franc is the parent grape of many important varieties, including Cabernet Sauvignon and Merlot. The Cabernet Franc grape arrived in the Loire Valley of France over a thousand years ago. Locally, it is often called Breton, possibly because it came through Brittany to get to the central Loire Valley. The grape spread from France throughout Europe and eventually crossed the Atlantic to regions such as North and South America.

What Does Cabernet Franc Mean?

The simplest translation of Cabernet Franc to English would be “pure cabernet.” Cabernet refers to a wine made from a single varietal, as opposed to a blend. In the case of Cabernet Franc, this means that the wine is pure, without any added ingredients.

Wines that are classified as “Franc” have a unique, fresh smell that is reminiscent of its varietal. This makes it instantly identifiable and encapsulates all the primary characteristics and charisma of this wine.

Cabernet Franc typically has notes of strawberry and raspberry on the nose with earthy undertones like bell pepper and a hint of smokiness. Generally, the wines are medium and light-bodied, with tannins that are muted but present.

Depending on where it is grown, some Cabernet Franc wines may also have spice notes like black pepper and earthy flavors. The wines tend to be elegant and balanced, with flavors that linger on the palate.

The grapes can be found in many regions throughout the world, such as France, Italy, Spain, South Africa, Australia, and the United States.

Cabernet Franc is the second most planted grape in Bordeaux, after Merlot. It is also popular in other French regions, such as the Loire Valley and Burgundy. In recent years, it has become increasingly popular in many New World regions such as Australia, South Africa, and North America. The reason for its growing popularity can be largely contributed to its versatility and ability to produce excellent wines that are both complex and drinkable.

Cabernet Franc is typically a medium-bodied wine with moderate tannins. It can be made into a single varietal or blended with other grapes such as Merlot and Cabernet Sauvignon to create Bordeaux-style wines. Cabernet Francs can also range in styles, from light and juicy to bold and powerful. Additionally, thanks to their ageability, some of these wines can improve with up to 10 years of cellaring.

Cabernet Franc is a great wine to pair with food due to its incredible versatility. Its flavors are bold enough to stand up to rich dishes such as steak or roast lamb but also pair nicely with grilled chicken or fish. Due to its high acidity to medium tannin ratio, Cabernet Franc pairs beautifully with any tomato-based dish, like eggplant parmesan, pasta primavera, and bruschetta. Vegetarian dishes such as roasted vegetables also benefit from the complexity of Cabernet Franc’s flavor profile.

Cabernet Franc is a member of the Cabernet family, which also includes Cabernet Sauvignon. While the two have some similarities with Cabernet Franc being the parent grape to Cabernet Sauvignon, there are also several differences between these two varietals. Cabernet Franc tends to be lighter and less tannic than its relative, with notes of red fruits like strawberry and raspberry. It also has herbal characteristics that give it a unique flavor profile. In comparison, Cabernet Sauvignon is more full-bodied with intense dark fruit flavors and bold tannins.

Decanting is an important step to take when trying Cabernet Franc wines. This process helps to aerate the wine, bringing out its aromas and flavors. Additionally, it also helps remove any sediment from older vintages that may have been held in oak or bottle-aged for a longer period of time. To decant correctly, pour the wine slowly into a wide-mouthed container such as a carafe and allow it to sit for at least thirty minutes before serving.

Cabernet Franc Day is an annual celebration that takes place on December 4th. This special day was established to honor the varietal and is recognized by many wineries, restaurants, and wine lovers around the world.

RayLen Vineyards’ latest vintage of Cabernet Franc has an earthy nose with delicate floral notes. It is an easy-drinking red wine with cranberry and spice notes that carry through the mid-palate. The smooth tannins make this a perfect wine to begin the holiday season. Our previous vintage, 2020 Cabernet Franc received Bronze in the 2022 NC Fine Wines Competition, recognized as the toughest wine competition in the country. It also received Silver in the San Francisco Chronicle International Wine Competition, the largest competition for North American Wines.

For those who love Rosé, our 2020 Rosé of Cabernet Franc is a favorite to serve any time of year, not just summer months. This delightful Rosé is light and fruity with notes of strawberry and cranberry. The finish is fresh, vivid, creamy, and dry and its beautiful salmon hue makes it the perfect wine to enjoy with a summer picnic or a hearty, savory winter stew.

We hope this Cabernet Franc wine guide has been helpful in introducing you to the world of this amazing grape and wine. Cabernet Franc has become one of the most popular wines in recent years. Its versatility and complexity make it an excellent choice for any occasion. Whether you are looking for a bold and powerful wine for your next steak dinner or a light and refreshing Rosé for a savory stew, Cabernet Franc is sure to deliver. So grab a bottle of RayLen’s 2021 Cabernet Franc or 2020 Rosé of Cabernet Franc and let the celebration begin!

Our tasting room is open 7 days a week—no need to book ahead for groups of 8 or less! We’re located in Mocksville, NC just off US Highway 158.

Our tasting room is open 7 days a week—no need to book ahead for groups of 8 or less! We’re located in Mocksville, NC just off Highway 158. 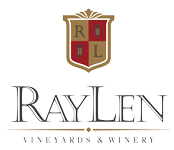 You are not yet old enough to visit our website. Thanks!

By clicking “yes” below, you confirm that
you’re at least 21 years of age and agree to
our Privacy Policy and the Terms of Use for this site.